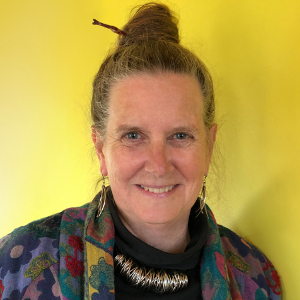 The Law Foundation of Ontario is pleased to announce that the 2019 Guthrie Award recipient is women's rights advocate, Pamela Cross.

Update:
Watch a video of Pamela’s speech on YouTube.
See photos on Facebook from the celebration event. 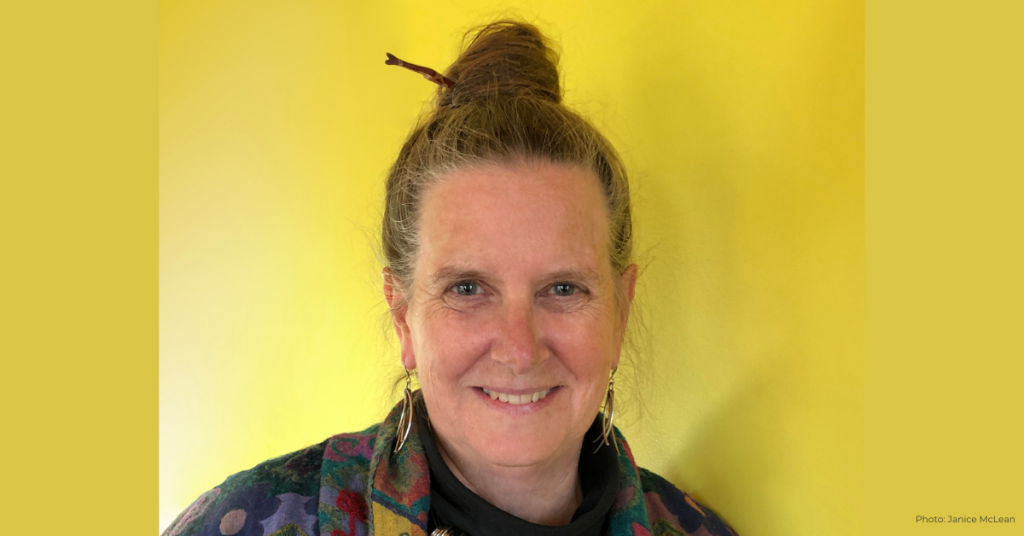 The Law Foundation of Ontario is pleased to announce that Pamela Cross is the 2019 recipient of the Guthrie Award, the Foundation’s signature award to recognize exceptional access to justice champions.

“Pamela’s work is changing the way the legal system approaches violence against women,” said Linda Rothstein, the Foundation’s Board Chair. “From many angles – representing clients, developing pro bono services and public legal education for women, training lawyers and judges, informing policymakers, and spearheading cutting-edge research – Pamela is a critical connector who brings people and sectors together to better understand and respond to the unique and urgent legal needs of women who’ve been abused.”

One of Ms Cross’ current roles is as the Legal Director of Luke’s Place, an organization in Durham Region that provides family law support and guidance on how to stay safer for abused women and their children. She developed many firsts for the organization including the creation of a Pro Bono Summary Advice Clinic and a Virtual Legal Clinic, which connects women from rural and remote communities with pro bono family law lawyers through video-conferencing. One of the most recent additions is an online resource about family court for women leaving abusive relationships. It includes information about family law, court processes, completing court documents, and more. Grants from The Law Foundation of Ontario have supported all of these projects, as well as core funding to Luke’s Place itself.

“Pamela is deeply committed to improving access to justice for women who have been subjected to abuse in their relationships. In addition to her professional work, she contributes countless volunteer hours and pro bono consultations, provides valuable mentorship to young lawyers, and has served on nonprofit boards and committees,” says Carol Barkwell, Executive Director of Luke’s Place and who nominated Ms Cross for the Guthrie Award. “Early in her practice, Pamela recognized the need for family law consultation, education, training and resources within the violence against women sector. She set a path to meet this need.”

Ms Cross was a member of the teaching faculty with the National Judicial Institute, and continues to plan and deliver educational programs on violence against women to Canadian judges. She also developed violence against women curriculum for law schools with the Law Commission of Ontario. With the Canadian Council of Muslim Women (CCMW), she authored two reports (Muslim and Canadian Family Laws: A Comparative Primer, Violence Against Women: Health and Justice for Canadian Women) and delivered workshops on family law to CCMW members, work that was funded in part by the Foundation.

Ms Cross has helped to lead a number of important initiatives, including as one of the co-chairs of Ontario’s Violence Against Women Roundtable, member of the Domestic Violence Advisory Council to the Ontario Minister Responsible for Women, and management committee member of the Family Law Education for Women Project.

Ms Cross is regularly recruited to speak to the media, present briefs to legislative committees, guest lecture at law schools, and be a panelist and presenter at provincial and national conferences and to organizations such as the Ontario Bar Association and the Law Society of Ontario. She writes extensively and has published countless public legal education resources, articles, and reports. Most recently, with funding from the federal Department of Justice, Ms Cross led a team that conducted research into the use of family violence screening tools for family law practitioners. The final report, What You Don’t Know Can Hurt You: The importance of family violence screening tools for family law practitioners, includes a draft screening tool and the recommendation that a universal screening tool be adopted for all family law practitioners.

Ms Cross has received awards for her work, including the: Laura Legge Award from the Law Society of Ontario (2019); Ministry of Attorney General Victim Services Award of Distinction (2015); YWCA Toronto Women of Distinction Award (2006); and the Linda Clippingdale Award from the Canadian Research Institute for the Advancement of Women (2001).

Earning her LL.B from Queens Law, Ms Cross was called to the Bar in 1994.

The Guthrie Award will be formally presented to Ms Cross at a reception in October.

“Pamela is deeply committed to improving access to justice for women who have been subjected to abuse in their relationships… In addition to her professional work, she contributes countless volunteer hours and pro bono consultations, provides valuable mentorship to young lawyers, and has served on nonprofit boards and committees… Early in her practice… Pamela recognized the need for family law consultation, education, training and resources within the violence against women sector. She set a path to meet this need.”
– Carol Barkwell, Executive Director, Luke’s Place Support and Resource Centre

“I admire her capacity to work tirelessly in a range of environments with diverse actors whose own experience with violence against women has taken quite different paths. I value her willingness to explore alternatives that might threaten prior successes and her recognition that long-term and effective change demands the involvement of those whose perspectives may differ… I am grateful that she continues to bring her intelligence, pragmatism, and dedication to addressing one of the significant barriers to women’s access to justice, domestic violence, on individual and systemic levels.
– Patricia Hughes, former Executive Director, Law Commission of Ontario

“I’m aware that my description of Pam’s work and contribution is inadequate to convey the impact that she’s had on the large number of people – co-workers, clients, readers, and audiences – who have benefitted from her commitment and passion, blend of skills, and leadership. Although “access to justice” is notably hard to measure, I have no doubt – on the contrary, I am strongly of the view – that Pam has helped not only women who are marginalized, but has also helped create a fairer, more accessible justice system and, indeed, a more just society.”
– Julie Mathews, Executive Director, Community Legal Education Ontario

“Pamela is deeply committed to improving access to justice for vulnerable abused women. She is a transformative leader within the legal profession. I have worked with many lawyers over the course of my years of practice and she stands out as exemplary. She is incredibly passionate, knowledgeable, and strategic. I am amazed at her ongoing capacity to balance so many competing obligations and to continue to be a leader in this field.”
– Deirdre McDade, Co-Director of Legal Services, Community Advocacy & Legal Centre

“When I started this legal advocacy work, there were no roadmaps: no manuals, no webinars and in general, no public legal information available that recognized or described the particular intersections of gender, race, and class that women encounter in the family law system… Pam was a beacon in this wilderness – both acknowledging and providing critical analysis on these issues, and later coordinating much needed training for women’s advocates in our Region… Pam’s unwavering and long-time commitment to this issue has provided a touchstone for us and for the women with whom we work.”
– Gwen O’Reilly, Executive Director, Northwestern Ontario Women’s Centre

“[Pam] played a crucial role in the development of intensive, skill-based courses for judges who were dealing with civil and criminal cases involving alleged domestic violence. Those courses included many innovative teaching approaches and they had a profound effect on the judges who took them. What made Pam’s contribution so important was her ability to help the judges understand the real impact of the legal system’s response to violence against women, all the while maintaining her credibility, and her recognition of the important role judges play in these proceedings.”
– George Thomson, consultant, researcher, and former Executive Director National Judicial Institute