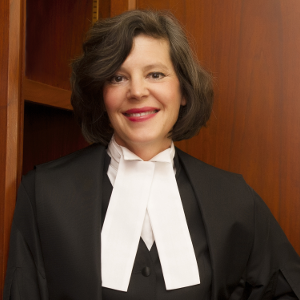 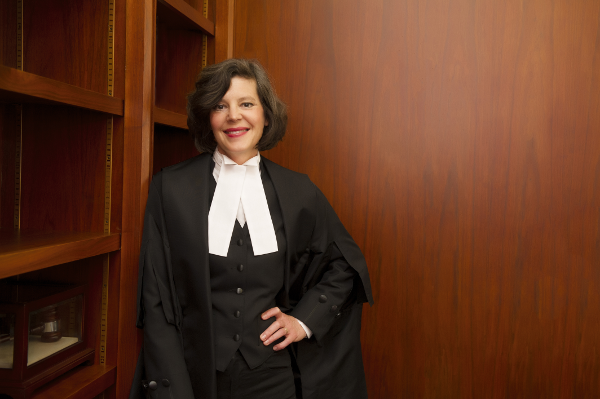 “J’ai gagné mon litige !” (“I won my case!”) she yells bursting through the door. It’s easy to picture a student announcing this as she arrives home after participating in a French-language mock trial tournament.

OJEN was founded in 2002 as a result of a task force convened by the three Chief Justices of Ontario. Their aim was to find ways to help the general public better understand the legal system. Today, OJEN delivers programs that help youth to identify and manage legal issues that appear in their own lives and give a practical and broad understanding of the legal system. OJEN also fosters connections between the justice sector and the wider community. About 34,000 students and 1,300 legal professionals participate in OJEN programs across Ontario every year.

In mock trials, students deal with real-life scenarios and assume a variety of roles, including those of Crown Counsel, Defence Counsel, and witnesses. With the help of lawyers and paralegals, participants study their roles in detail and develop their arguments. On the day of the trial, they plead their case or act as witnesses, similar to those of a real trial. By playing their roles, they gain practical experience of the interactions among judges, lawyers, witnesses, and jury members at a trial.

“These trials allow the young particiants to interact with clerks, paralegals, lawyers, and judges, which helps them to be less intimidated by the complexity of the legal system, on the one hand, and to discover new professions and even consider a career in the justice field, on the other hand, ” says Her Honour, Madam Justice Julie Thorburn, who has volunteered with OJEN, presiding over mock trials for about 10 years. “Lawyers are often surprised to see the maturity and relevance of the arguments put forward by the participants.”

“OJEN has an approach to justice education that goes beyond explaining rights and responsibilities or the functioning of the justice system,” says Thomas Gallezot, head of OJEN’s Francophone programming. “The flagship programs, including court visits and classroom visits by lawyers, aim to raise awareness among young people and provide them with a positive and constructive first contact with the legal system, allowing them to meet in an informal and friendly way with the people who are at the heart of the legal system.”

The success of this initial contact is particularly important since young Francophones are often from other countries, where the legal system is completely different from ours.

Both Justice Thorburn and Mr. Gallezot emphasize the importance of French-speakers having the same level of education about and access to the justice sector as English-speakers, and these programs aim to help with this. Indeed, they could even allow young French-speaking students to discover career opportunities in the legal field, which could increase the number of legal professionals capable of expressing themselves in French.

Since 2012, The Law Foundation of Ontario has contributed nearly $12 million to OJEN, and in 2018 OJEN was one of 20 organizations approved for the Foundation’s new, multi-year core funding program called Catalyst. With the Catalyst funding, OJEN will further expand its programs, including its French-language programs across Ontario.

The objective of the Foundation’s Catalyst program is to strengthen the non-profit justice sector by helping to provide organizations with the necessary stability and opportunity to innovate, evolve, and respond to emerging needs. At just over $5.8 million per year, the first Catalyst grant represents a planned investment of more than $17 million over the three-year grant cycle in Ontario’s not-for-profit justice sector.

“Interacting with young minds is particularly important because young people often have a less biased view of the justice system than adults, says Mr. Gallezott. “Lawyers and judges are often surprised by students’ original perspectives on legal issues, which may lead them to reconsider their preconceptions. The opportunity to see the legal system from the perspective of young participants, as well as the awareness of their needs, fears, and hopes, helps legal professionals show greater understanding and empathy in their work, which helps contribute to improving access to justice.”